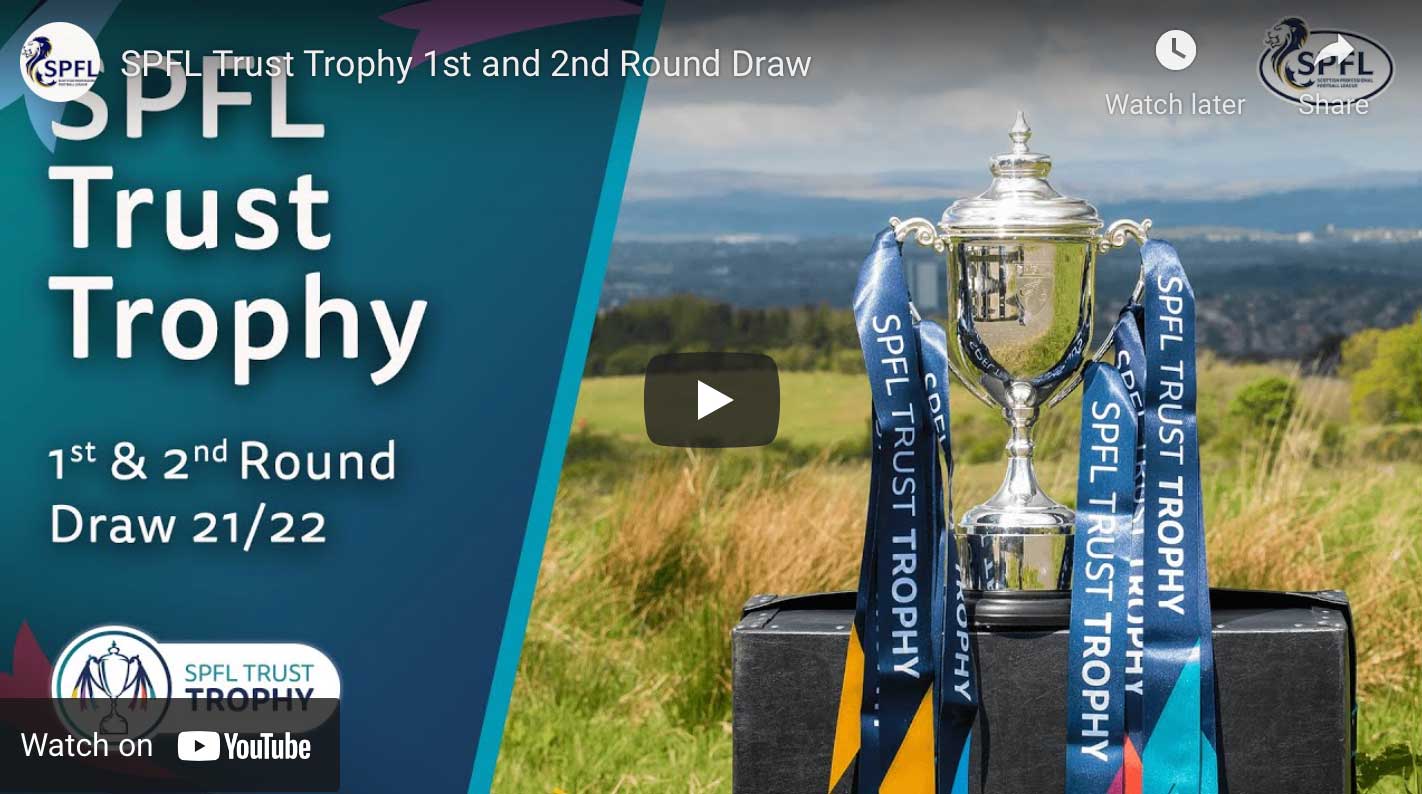 The draws for the first and second rounds of the SPFL Trust Trophy will be made tomorrow, Tuesday July 6, at 2.00pm.

Both draws will be broadcast live on the SPFL YouTube channel via the following link:

The first and second rounds will be regionalised and seeded, with details to be confirmed ahead of tomorrow’s draw.

For the first time in SPFL competitions, a bracketed draw from round three onwards will be published in due course, allowing clubs to plot their potential path to the final.

First-round ties are scheduled for the midweek of August 10/11, with second-round games due to be played on the weekend of September 4/5.

Full format and dates for the 2021/22 SPFL Trust Trophy