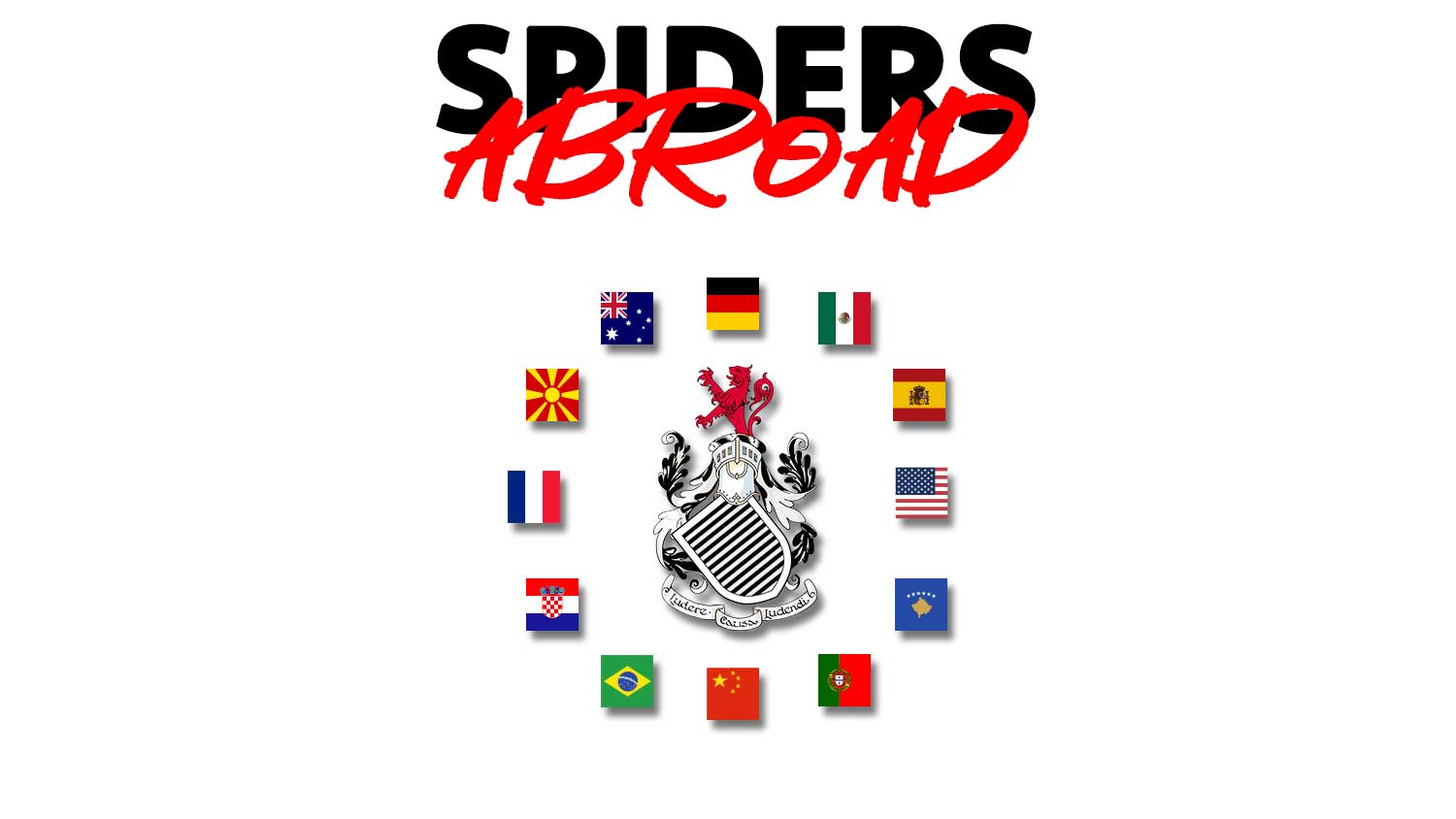 Spiders supporters are not all located in Scotland. We have fans in all corners the world. In this third article in the series, we talk to Malky Boyd, a long time Spiders fan, now living and working in Connecticut USA.

Malcolm ‘Malky’ Boyd has been a Queen’s Park all of his life. He remembers how his uncle introduced him to the Spiders at the age of eight:

“My Mum grew up in Shawlands and moved to Larbert, where I grew up. We used to go and visit my uncle in Glasgow, who was a Queen’s fan, every second Saturday, so he took me along to the games. I think he started taking me in 1976 when I was 8. My grandfather was a supporter and he was born in the 1890s, so my connection to the club go back a long way. ”

Growing up, Malky was a keen supporter getting to watch Queen’s play at Hampden and joining the supporters bus to get to away games as often as possible.

“I have vague memories of Joe Gilroy was the manager I also remember some players of that time – Jimmy Nicolson, Tony Glavin. I can also remember the days after  the Scotland games or cup finals, the terracing being strewn with cans and bottles. Also Queen of the South fans climbing up on the roof of the Rangers end at a game.”

Malky remembers how Keith McAllister used to help him to get to away games:

“I used to live in Larbert. In seasons ’82,’83 and ’84 I was going to a lot of away games. Keith would stop the Supporters’ bus for me outside Stirling, if we were playing a team from the North.  My parents would drop me off at the bus for me to get aboard. I’ve kept in touch with Keith all these years.”

Malky now has his own banking compliance recruitment agency in Connecticut USA.  He sort of fell into this line of work.  He was an accountant working with Grant Thornton in Glasgow and got an opportunity to move to New York with them.

Over the years, Malky worked in New York,  Los Angeles and Sydney. He travelled the world working for Colgate, before ending up back in the states, working for IKEA.  Then with a couple of start up businesses. Malky finally worked for Robert Half Recruitment before deciding to start up his own company in Connecticut.

“When I was single, I would get back to Scotland at least once a year, and I would try to always get to a game, especially when my uncle was alive.  He was an associate member, so we would go to the centre stand and have tea and cake at half time. I also remember when my uncle and his friends were getting older, Gregor Hall would make sure they were getting looked after at games.”

KEEPING IN TOUCH WITH WHAT’S HAPPENING AT QUEEN’S:
Malky moved to the states before the Internet, so at that time, apart from very expensive phone calls back home ,his only way of keeping up with Queen’s scores was newspapers

“The Scotland on Sunday used to come out in a New York newsagent on a Tuesday lunchtime and I always tried to get a copy.  But that was your only way in keeping in contact. The Internet obviously changed everything for keeping in contact. Nowadays, apart from watching the Livestream, I mainly use Twitter and Pie & Bovril to keep in touch with what’s happening at the club.”

MATCH DAY ROUTINE:
Malky tries to watch as many games as his work schedule allows.

“My daughter plays a lot of sport, so she quite often keeps me busy on Saturday mornings, which is when Queen’s games are shown, But if I’m around I always try to login and watch the game. Gregor Hall, in the beginning, made me aware of the Livestream.  Gregor has been a good connection to the club for me over the years.”

I don’t wear a top to watch the games. I make sure the internet connection is ok for the game.  I really like to quality of the footage for the Queen’s Park games, much better that a number of the away games I’ve watched. The commentary is great, Keith is normally petty good at that. The games are normally at 9-10am which is perfect for me as long as I have no other duties that Saturday morning. ”

THE LAST TIME HE SAW QUEEN’S PARK LIVE:
The last game Malky attended was in season 2016-17 when his daughter was a mascot for the Albion Rovers game on the 15 April 2017. 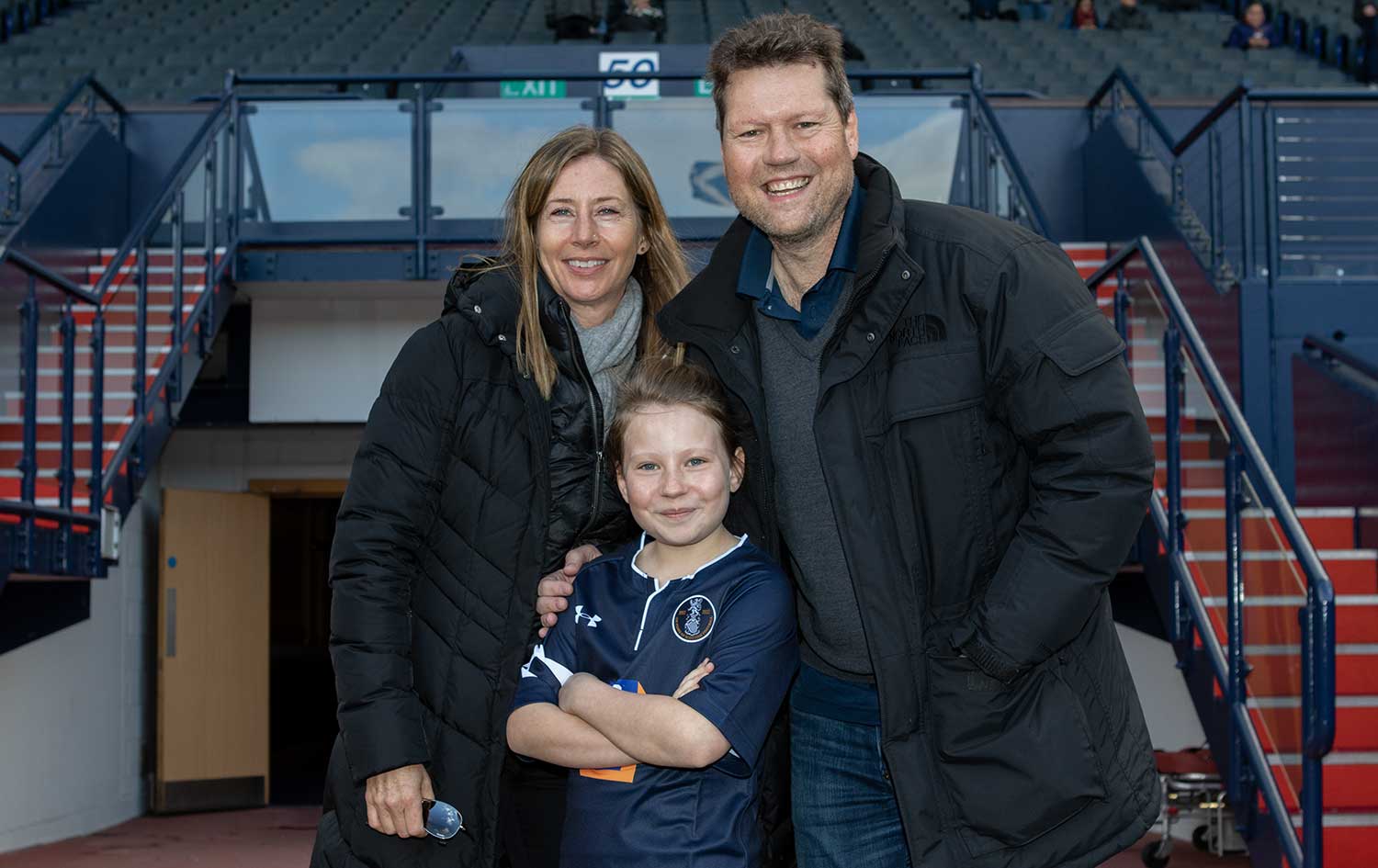 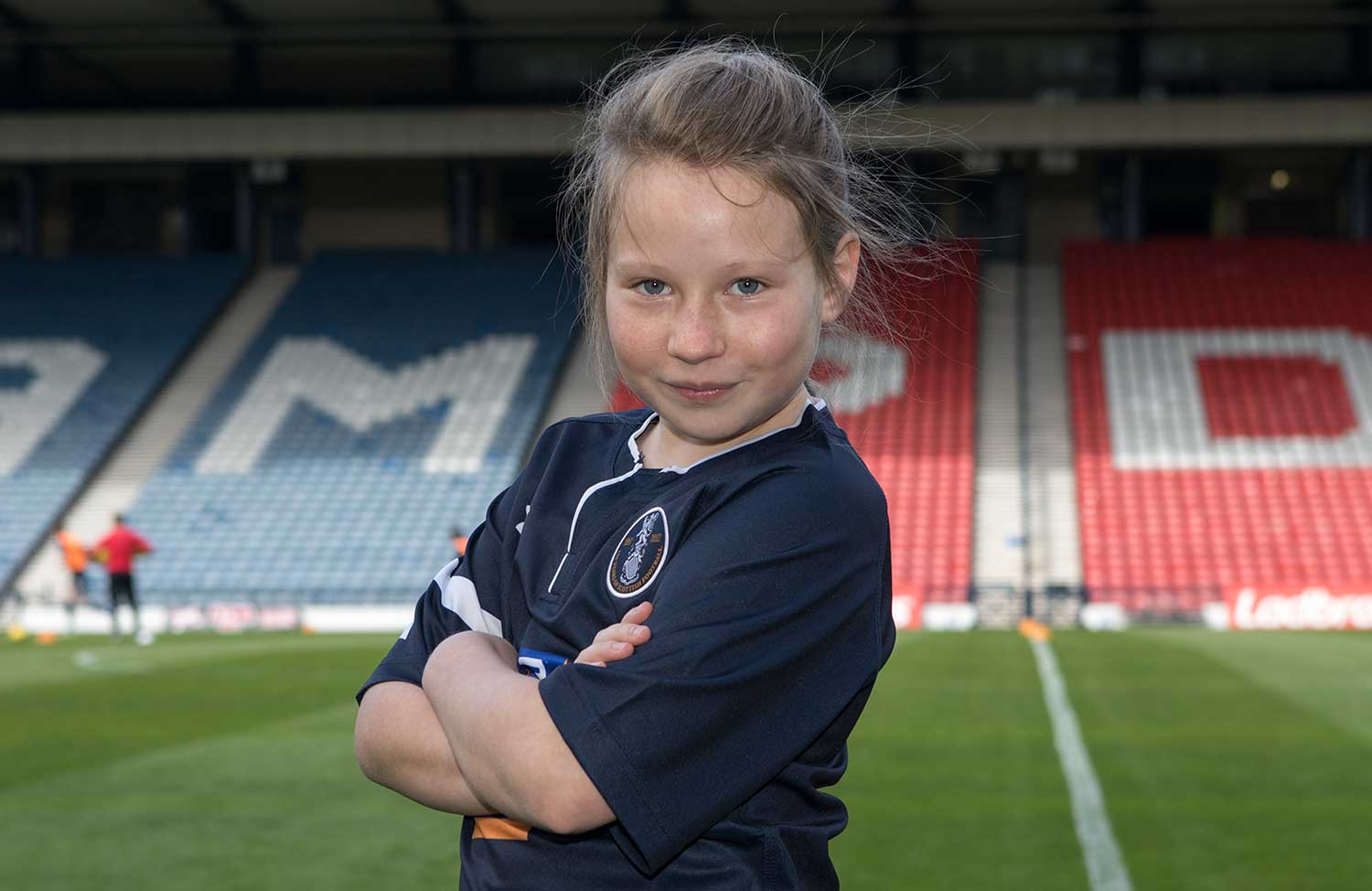 SOME GREAT MEMORIES OF PEOPLE AND GAMES:
“Bob Bailey, who worked in the car park at Hampden, lived down the road from me in Larbert.  He would give me a lift to home games when my parents weren’t going to Glasgow. I would help him in the car park.  I remember one day the Liverpool chairman arrived in a Rolls Royce to watch John MacGregor (who signed for Liverpool shortly after).  I also remember Bertie Auld driving in one night for a midweek game and refusing to pay the parking fee.”

“John MacGregor was a fantastic player. He scored a volley once straight from a corner, in what looked like a training ground move.”

“Alan Irvine, possible one of the best players I saw playing for the club. I saw him scoring from the half-way line, I think against Partick Thistle.”

“Ian McColl another great player. At one game he destroyed Dunfermline, then got signed by them.”

“Another game I remember is beating Airdrie in the Scottish Cup, when they were in the top league.”

“The time we beat Aberdeen in the League Cup, I remember being at work in New York  and getting the result on the BBC website as the penalties were going in. As I knew three Aberdeen fans at work,  I remember gloating a lot that day.”

LIFE IN AMERICA:
“I am into sports, but not American sports.  I still play 5 a side football with a bunch of English, Irish, Scottish and a sprinkling of Americans.  There are quite a lot of UK and Irish people in the area I live in.  I also play golf. I’ve been to one American football game in all the years living here when a friend came over from Scotland. We went to the Giants Stadium.”

“My daughter skis. She races when takes up most weekends in winter.  She played football for a season, but didn’t really like it.  I remember taking her and my wife  to a Mexico v Scotland game in the Azteca Stadium.  80000 people the place was packed and noisy and for the second half, she was more interested in her phone than the game. She now plays field hockey and Lacrosse.”