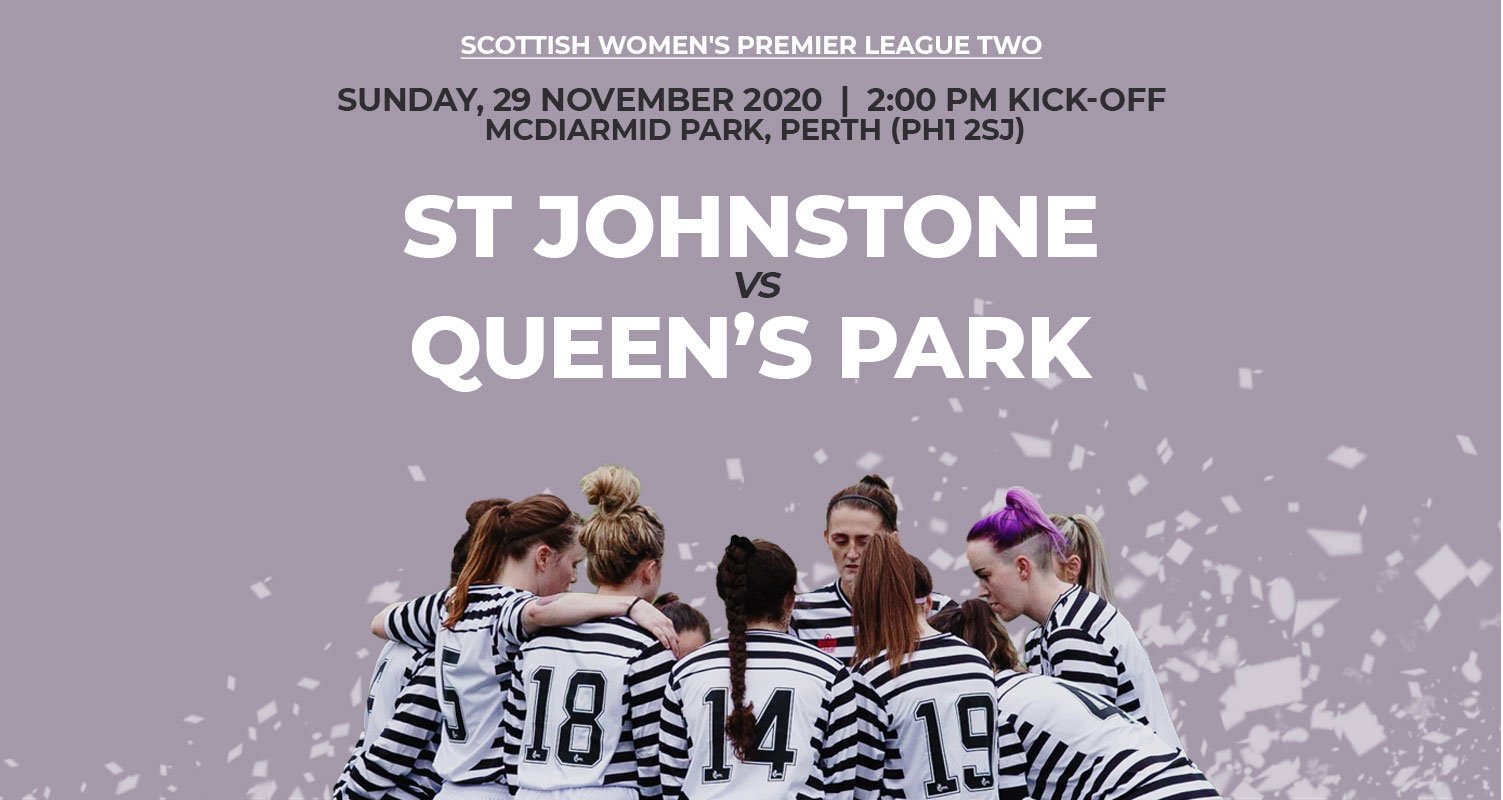 Queen’s Park will be looking to bounce back from the draw with Stirling University as they travel to Perth to face St Johnstone at McDiarmid Park on Sunday, 29th November in the eight round of the Scottish Building Society SWPL 2. The game kicks-off at 2PM. Spectators are not permitted under current government guidelines.

This weekend, Boroughmuir Thistle travel up north to face Dundee United at the Regional Performance Centre, Partick Thistle and Glasgow Women take on each other at Glasgow Green, Hamilton Academical host Stirling University at New Douglas Park, while league-leaders Aberdeen face Kilmarnock at home. A list of the full fixtures can be found here.

The most recent meeting between the two sides came in the Scottish Women’s Cup on Sunday, 20th August 2017. The match ended 2–1 to St Johnstone (then known as Jeanfield Swifts). Megan Moss scored two goals in the second half for the Saints, while the Spiders only managed to pull one goal back in the 94th minute.

Queen’s Park hosted St Johnstone in the SWPL 2 back in February. However, the 2020 season was declared null and void by SWF due to Covid-19.

After opening the 2020–21 season with a 2–1 victory against Stirling University on 25th October, St Johnstone started November with a 3–2 away win over Partick Thistle, thanks to an Ellie Cowie first-half brace and a 90th-minute winner from Morgan Steedman. The following weekend, on 8th November, a Fern Newbigging free-kick and an own goal earned them a 2–2 draw with Hamilton Academical. However, after two consecutive losses at the hands of Aberdeen (8–1) and Dundee United (1–0), the Saints fell to a 3–2 defeat against Boroughmuir Thistle last weekend, so Jason McCrindle’s side will be keen to take all three points when they host the Spiders on Sunday afternoon.