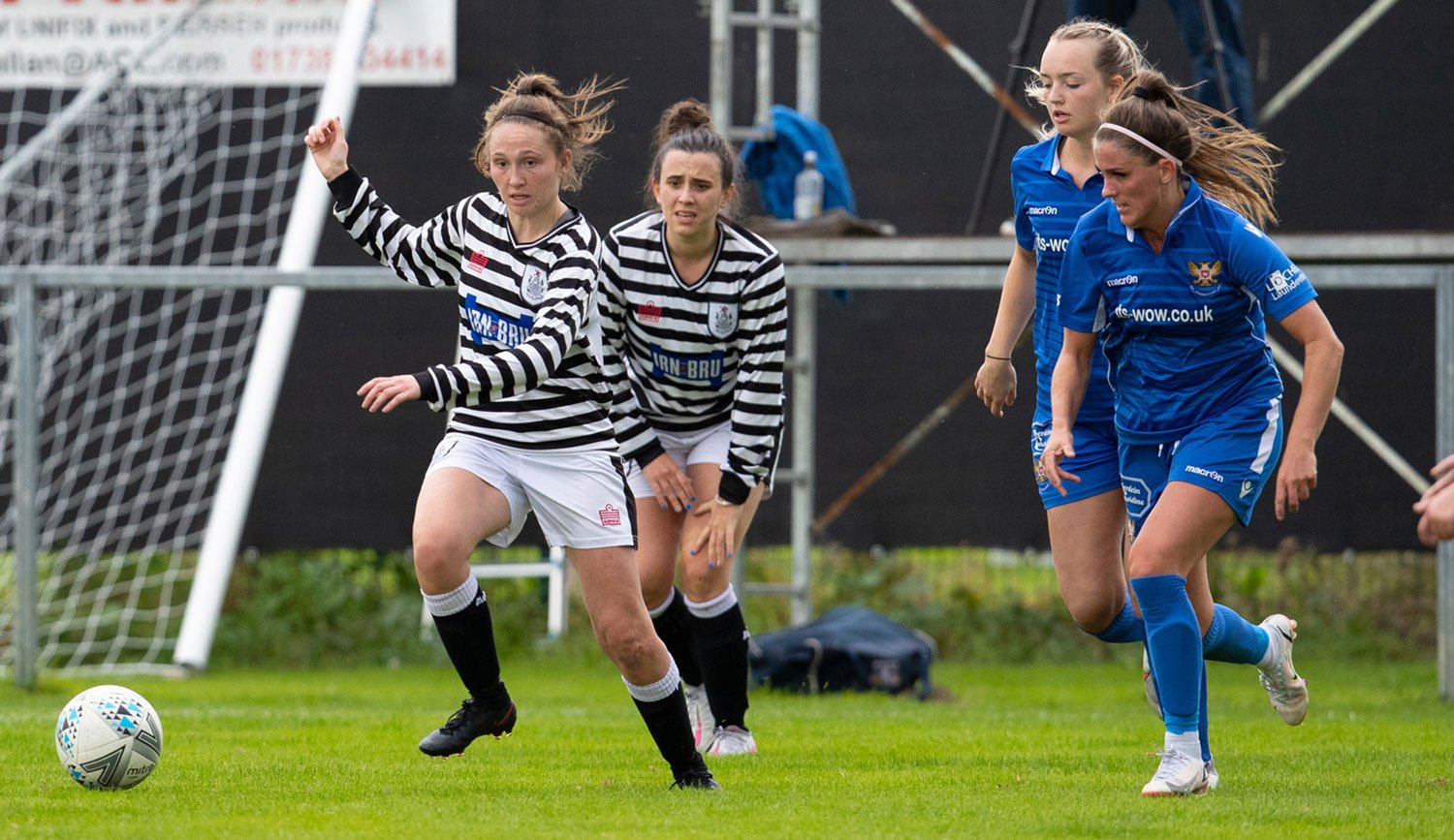 Queen’s Park suffered a disappointing 2–1 defeat at the hands of St Johnstone in their third match of the 2021/22 SWPL 2 season on Sunday afternoon. Laura Wight put the hosts ahead in the sixth minute, but Demi Potts equalised just after the restart to bring Queen’s Park level. Ellie Cowie then made it two for the Saints in the 63rd minute, ensuring that all three points would stay in Perth.

Head Coach Barry Rodgers made two changes to the side that faced Dundee United last Sunday; new signing Gillian Sloey made her first start for the Spiders, while Truly Pollard replaced Rachael Caddell in goal.

St Johnstone opened the scoring early in the first half through Laura Wight after a corner was delivered into the box; the Queen’s Park defence failed to clear, and the ball fell to the feet of Wight, who fired it past Pollard from close range to give her side the lead.

The equaliser came early in the second half, when a great ball from Mhairi Fyfe found Demi Potts, and the winger controlled the ball, got past two defenders and fired a shot past Sidey, netting her first goal of the 2021/22 season. Unfortunately, St Johnstone eventually restored their lead in the 70th minute, when a long ball from Hannah Coyler found Ellie Cowie, and she managed to get past Pollard and put the ball in the empty net.

“In the first half, I don’t think we were anywhere near our capabilities. It was quite a disappointing first half, and we’re all conscious of that as well. We worked hard at half time to come up with a solution, and I think we got that a bit in the second half – it was a little more positive, but I’ll be honest and say that it was still a bit off in terms of the standards that we are putting on ourselves”, said Head Coach Barry Rodgers after the match.

“But we need to give credit to St Johnstone, because they really made it difficult for us, they broke the game up and put us under pressure. We weren’t good enough and I think St Johnstone did really well”.

“We expect to be better again next week. Obviously, we’ve got another big game coming up next Sunday at home to Glasgow Women. Again, it’ll be another tough test, and we need to use this as an inspiration to raise our own standards and to be better again than we were. The only way to do that is to work hard and focus and improve, to give our all in everything we do, and that’s probably what we’re looking to implement this week”.

Queen’s Park are back in action on Sunday, 3rd October against Glasgow Women in the SWPL 2.