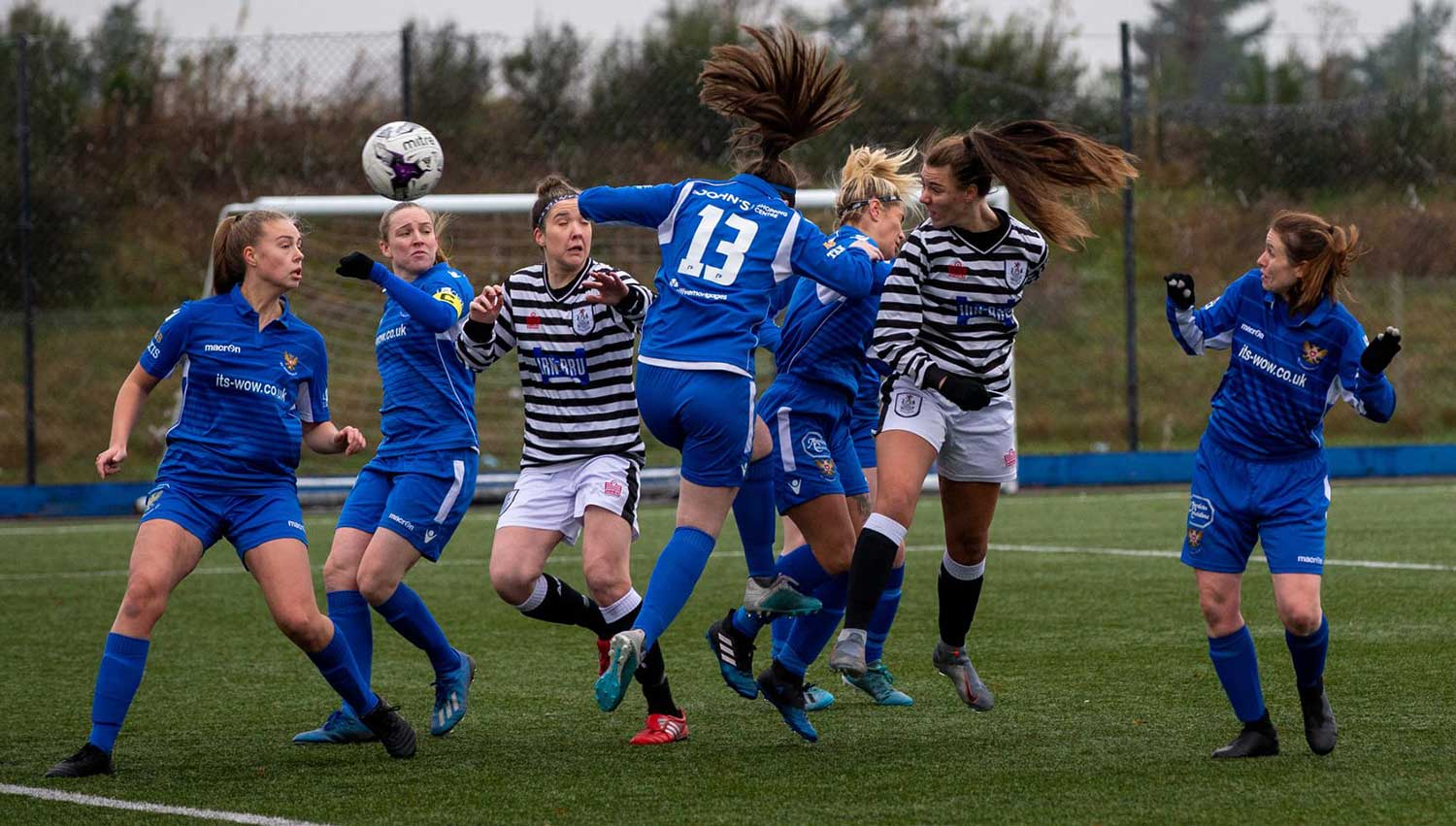 Queen’s Park suffered their third loss of the season as St Johnstone claimed a comfortable 3–0 win at McDiarmid Park in the eight round of the Scottish Building Society SWPL 2. This defeat ended Queen’s Park’s unbeaten run of four games, which consisted of three wins (against Boroughmuir Thistle, Dundee United and Kilmarnock) and a draw (with Stirling University).

Head Coach Mark Kirk made four changes to the starting lineup. Defender Lauren Ray returned from injury and was chosen to start at the heart of the defence and captain the team, while Hannah Fulton was handed her first start of the season, replacing Lauren Kerr in midfield. Mhairi Crooks also returned to the starting eleven, replacing Samantha McManus, while Helen McLeod filled in at right-back as Emily Shearer was given a rest.

Queen’s Park started the first half strongly. There were some encouraging moments of link-up play between Sophie McGoldrick, Mhairi Crooks and Louisa Boyes and, for the first fifteen minutes, the Spiders looked like the team most likely to get the first goal. The first significant chance came from a set-piece, when McGoldrick connected with a cross from Lauren Ray, but her header landed straight into the hands of Molly Reeve.

Minutes later, McGoldrick was set free on the left wing. She managed to put in a pinpoint cross for Crooks, but her header went just wide of the post. A few moments later, Queen’s Park were awarded a corner, which was taken by Ray. Another half-chance for the Spiders, but Helen McLeod’s headed attempt sailed over the crossbar.

The game started to turn in St Johnstone’s favour as they started to see more of the ball. With five minutes left before the half-time whistle, the Perth side took the lead after a quick break. Rebecca McGowan found herself one-on-one with Ho Wang Tung and managed to beat the defender and fire a shot on goal. She was initially denied by Katie Andrews, who had guessed right, but the rebound fell straight back to McGowan, who made no mistake to put the home side ahead. A few minutes later, it was 2–0. After dispossessing Fulton, Ellie Cowie attempted a lob from the edge of the box after seeing that Andrews was off her line, and though Andrews chased back desperately, she could only get a hand to it.

Mark Kirk made a substitution at half-time, as Samantha McManus came on for Sophie McGoldrick after it looked like the teenager had picked up a knock. The second half started in the worst way possible, with the home side gaining another goal. Following some sloppy play in midfield, McGowan got her second of the game after some good play down the left-hand side of the pitch. After that third goal, St Johnstone decided to sit back and play counter-attacking football.

Docherty had a few attempts on goal, but nothing came from them. Then, in the 63rd minute, Boyes found Crooks in space and she looked certain to score, but her attempt hit the crossbar and the rebound was immediately cleared from danger by a St Johnstone defender. In a last throw of the dice, Mark Kirk made two more substitutions, sending Jayne Cameron and Emily Shearer on for Helen Mcleod and Holli Coleman. Unfortunately, Cameron’s return from injury was short-lived, and she was subbed off for Kirsty MacDonald in the 73rd minute. MacDonald made a positive impact in the final third, but in the end St Johnstone held their own to see off the game and secure all three points.

It was an afternoon to forget for Queen’s Park, and they will be looking to bounce back from this defeat when they take on Hamilton Academical at home on Sunday, 6th December.