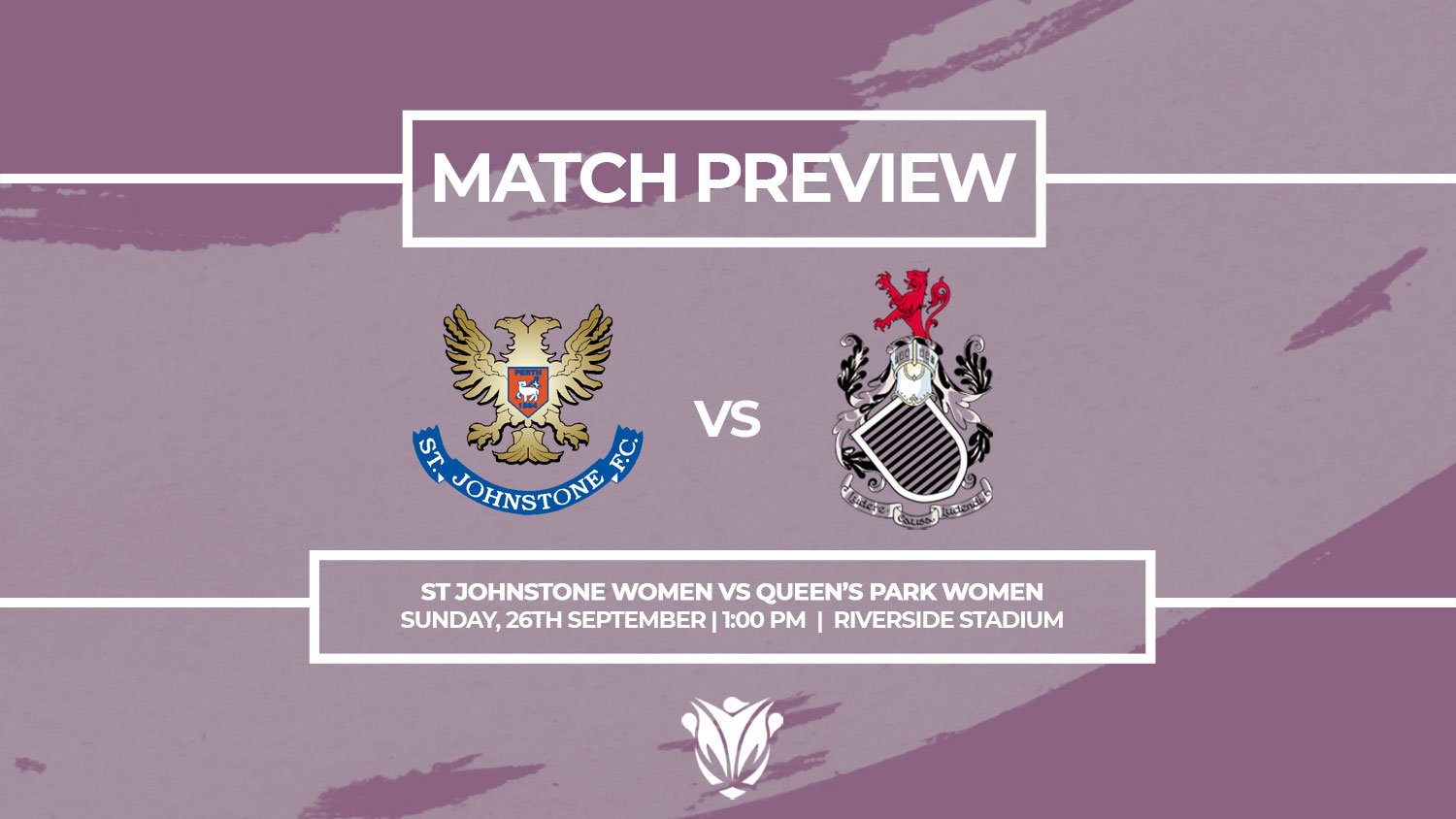 Queen’s Park are back in action in the Scottish Women’s Premier League 2 against St Johnstone on Sunday, 26th September. The game kicks-off at 1:00 PM at the Riverside Stadium (home to Jeanfield Swifts) in Perth.

St Johnstone have announced via Twitter that spectators are welcome to attend this match, and that the entrance fee is a donation of your choice.

This Sunday, Glasgow Women host Dundee United at New Tinto Park, while Stirling University travel to Edinburgh to face Boroughmuir Thistle at the Meggetland Sports Complex. A list of the full fixtures can be found here.

Last season, St Johnstone finished in fifth place in the SWPL 2, with 8 wins, 1 draw and 9 losses, scoring 33 goals and conceding 37. Queen’s Park last faced the Saints on Sunday, 13th December 2020 in the SWPL 2. The Saints won 3–0, thanks to goals from Rachel Todd (x2) and Hannah Clark.

This season, St Johnstone finished fourth in their SWPL Cup group after losing to SWPL 1 sides Hearts (1–0) and Partick Thistle (4–0). Meanwhile, in the SWPL 2, St Johnstone have lost both of their matches so far and, like Queen’s Park, are still looking for their first three points of the season. They started their season with a 4–1 loss to Boroughmuir Thistle (Ellie Cowie the goalscorer) on 5th September, and they were defeated 3–2 by Glasgow Women two weeks ago, with Hannah Coyler getting on the scoresheet for the Saints.

“As with all games within the league, we believe that this is going to be another challenging test for us against St Johnstone. We are aware of their qualities and their strengths, so it’s going to be a match that will test us again,” said Head Coach Barry Rodgers.

“But we feel as we’re improving every week,” he added. “We’re learning lessons quickly, and the players are all buying into what we’re doing, so the mood is quite good within the squad. After last week’s game, this is another game where we can go and try to implement our style of play and try to control the game, and take something positive from it”.