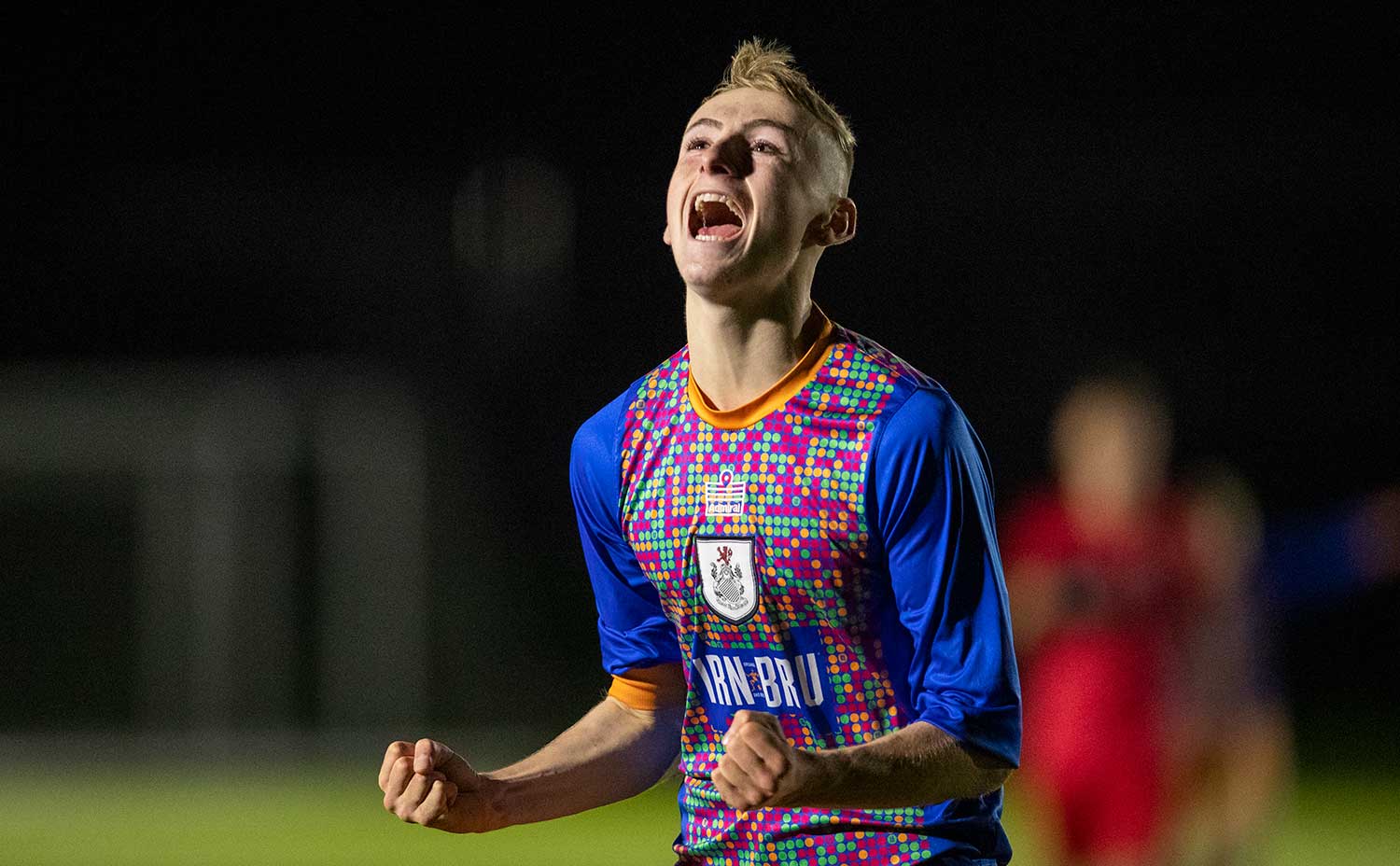 A double by Liam Mcleish and a rocket by Cameron Bruce saw Queen's win all three points last night against St Mirren in Paisley.

Queen’s travelled to Paisley last night to play St Mirren in the CAS Performance level league game.  The last time Queen’s played St Mirren, in the first league game of the season, St Mirren got the upper hand winning by a 4-3 margin.

Both teams had won all their games since, so tonight’s game was set up as a cracker.

On a cool but dry and windless night in Ralston, St Mirren kicked off and attempted to take charge.  They pushed Queen’s back for the opening 10 minutes without any real attempts on goal.

Queen’s, in the opening phase of the game, relied on their very effective fast break tactic.

In eight minutes Queen’s had their first shot on goal when Zach Mauchin shot from just outside the box, but the St Mirren keeper pulled off a fine save.

15 minutes into the game and Queen’s had found their feet. The game, by now, had developed into a high tempo, fast moving and passing game played by two well organised sides who were neither asking for or giving an inch to the opposition.

In the 18th minute Queen’s took the lead.  Excellent play from the back saw the ball land with full back Cameron Bruce 25 yards out wide left.  Cameron waltzed past two defenders before giving the advancing St Mirren keeper no chance with a powerful shot.

After scoring Queen’s had an excellent period, passing the ball well and creating a number of chances. Cameron Bruce, in particular, getting behind the Paisley defenders. St Mirren sat deeper in an attempt to reduce the effectiveness of the long ball played over their back line for the speedy Queen’s forward to chase.

In the 42nd minute Queen’s added a second. Liam McLeish picked up a header by a St Mirren defender 25 yards out, drove in, and fired a curling ball, past the keeper, into the far corner of the net.

St Mirren came out for the second half in a determined mood.  They pressed Queen’s back in an attempt to get back in the game.

Queen’s weathered the opening onslaught, denying St Mirren any real chances to pull one back.

Although St Mirren continued to put the Spiders under pressure, it was Queen’s who had the chances early in the second half, only to be denied twice by the St Mirren keeper.

In the 66th minute Queen’s added a third. Liam Mcleish picked up a loose ball in the midfield before driving at pace at the St Mirren defence.  Although surrounded by defenders, Liam fired the ball into the net for 18 yards out.

St Mirren continued to attempt to pull one back but couldn’t get past the Queen’s back line.

The final 10 minutes of the game the pace dropped as both sides tired after what was a very high tempo previous 80 minutes.