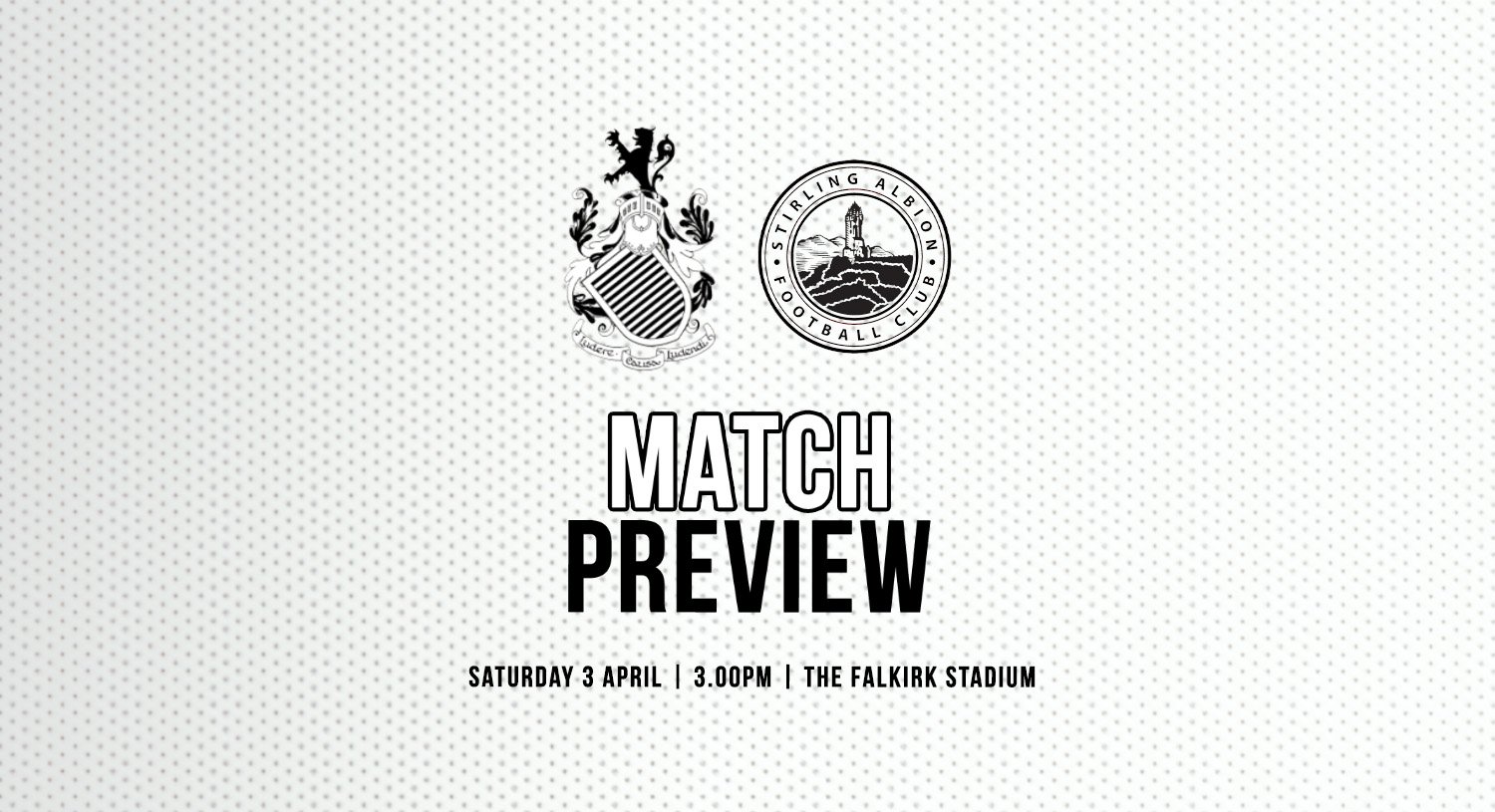 The Falkirk Stadium is the venue for this Saturday’s ‘home’ match against third placed Stirling Albion as The Spiders look to continue their unbeaten league form against a Binos side who also have promotion in their sights this season. The surroundings may be new to the club but Head Coach Ray McKinnon will be hoping for a familiar outcome from his players and for them to build on their winning return to league action.

No one knew quite how many games it might take the players to get back to full speed after a three month lay off but with eight goals, nine points and three clean sheets in the bag over the last fortnight, there can be no real complaints and that is exactly the form the gaffer hopes to continue agains Kevin Rutkiewicz’s side.

Ahead of the game the club media team caught up with Ray to get his thoughts; “We’re expecting a totally different type of game to what we had on Tuesday night but it’s one we are really looking forward to. Its obviously not Hampden and there will be an element of the players having to get used to a new venue but it’s one we are hopeful they will adapt to quickly. They have proven that they are capable of adapting to the circumstances this season has thrown up so we are confident they will get used to playing at The Falkirk Stadium.”

“Stirling Albion are obviously a very good team who are on a good run of form and clearly have high aspirations this season. With that in mind we expect it to be a very tough game.”

“We know that we need to be professional in how we go about our business and approach the game in the manner in which we have done in recent games. If we do that and apply ourselves from the first to the last whistle we will give ourselves every chance of winning the game.”

“The amount of control we have had in the last couple of games has been particularly pleasing and the clean sheets we have maintained have been the building blocks for the victories. We have limited teams to very little chances because of the control we have had and that will be the focus tomorrow as well.
We will look to have as much possession as well can and like the last few games, look for the opening goal as early as we can. Confidence is clearly high within the squad and we’ll be looking to use that help build on recent results and keep that winning run going. “

On the squad front the gaffer confirmed that he has no fresh injury concerns ahead of the game and is likely to have the same squad at his disposal to what he had at Cliftonhill midweek. The gaffer updated that midfielder Craig Slater underwent an operation on his foot this week, acknowledging that the operation appears to have been a success but at present timescales for a return to training are unknown.
Everyone at the club wishes Craig well and hopes for speedy return to full fitness.

The opposition: The Binos currently sit third in the league, level on points with second placed Edinburgh City but with a game in hand over the capital side. Kevin Rutkiewicz’s side are unbeaten in their last eight league matches having won six and drawn the other two. Amongst the ranks of the Stirling Albion squad are ex Spiders Kieran Moore, Kurtis Roberts, Lewis Magee, Dominic Docherty and Darryl Meggatt.

Live streaming: QPTV in conjunction QTV Sports and City of Glasgow College, will be providing a live stream of the match at a cost of £10. Live coverage will begin at 2.45pm, led by our commentary team of Craig McKenzie and Keith McAllister. Information for members, season ticket holders and pay per view viewers van be found here  https://queensparkfc.co.uk/qptv-live/

Programme: You can read our digital match programme HERE.

QPTV: Post match reaction from the manager and a player will be available shortly after the game with match highlights to follow at 9.00am on Sunday morning.