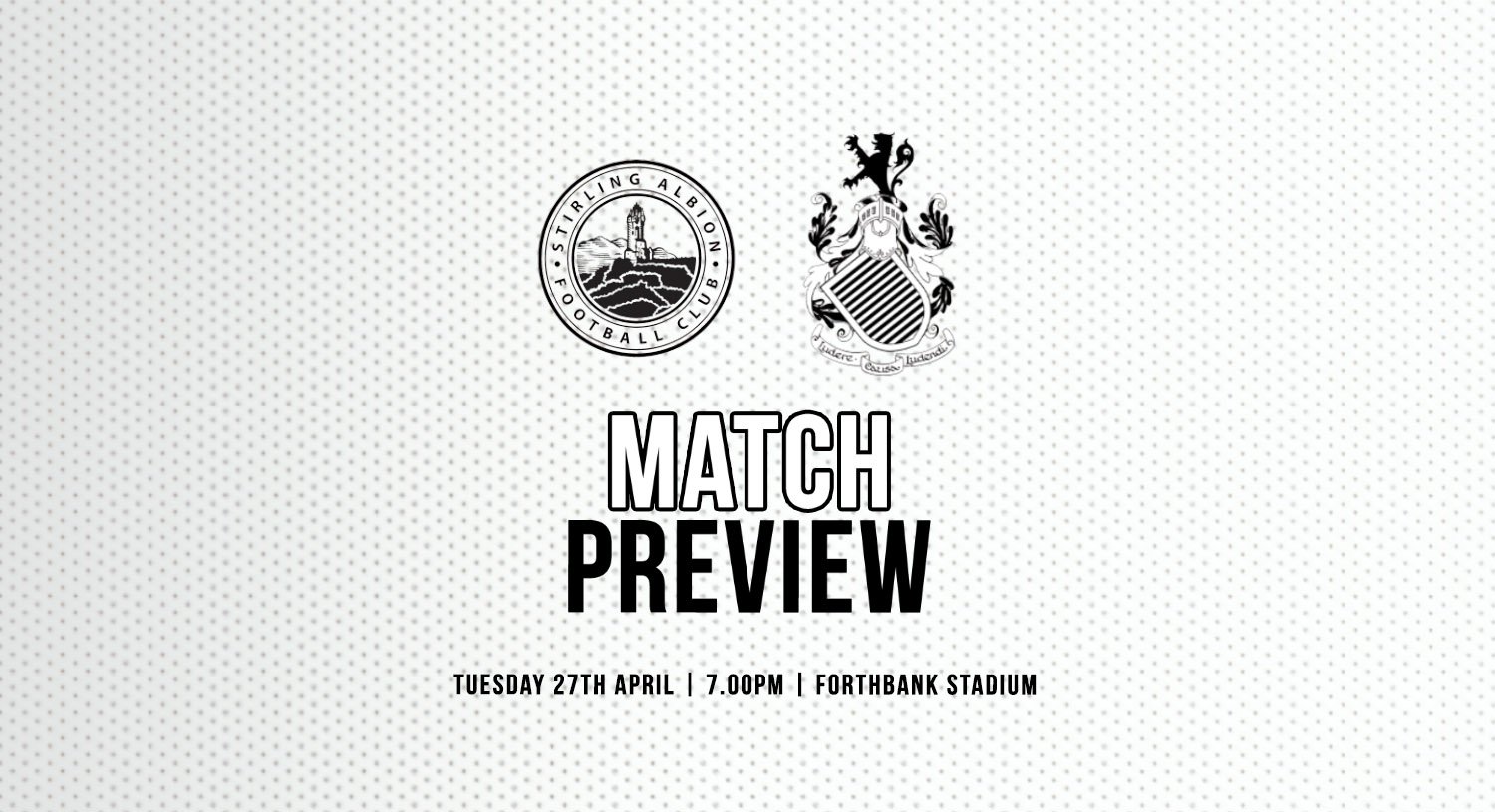 The Spiders return to action this evening making the short trip north to take on Kevin Rutkiewicz’s Stirling Albion at Forthbank. Whilst Ray McKinnon’s squad are now over the line and no longer have an unbeaten record to play for, The Binos quest to secure a play-off spot should ensure a real competitive edge to the game.

Ahead of the match the club media team spoke to the gaffer. Ray said: “We expect nothing but a very difficult encounter against a strong Stirling Albion side who have everything still to play for. We know from previous matches against them that they are a big, strong, physical side and they have made it tough for us in both the encounters so far this season.”

“It’s a game that we are looking forward to though and with the focus of looking to maintain that unbeaten run now gone, we can go out and play without any pressure. It might also be an opportunity for me to experiment and possibly have a look at some players in different positions, but we’ll make a decision on that closer to kick off.”

“One thing is for sure though, we will still be going there with a positive attitude very much looking to win the game. Friday night was obviously our first defeat of the league season. Not surprisingly it wasn’t a felling that we liked and it’s not one we want to experience again over the course of the final three games.”

On the injury front the gaffer confirmed that he wasn’t without his troubles to seek with longer term casualties Craig Slater, Jai Quitongo and Peter Grant being joined on the sidelines by Simon Murray and goalkeeper Ryan Mullen. The gaffer hinted that he will also have one or two late calls to make on the availability of others but cited that this does provide an opportunity for others within the squad to come in and show what they can do.

The opposition: Stirling Albion currently sit third in the table, level on points with, and just on goal worse off than, second placed Edinburgh City. The Binos last outing was an important 1-0 win away to Edinburgh City on Saturday and that result, coupled with Stranraer’s win against the Spiders the night before, means that there is just one point separating the three teams in the play-off spots as it stands.

Live streaming: Stirling Albion will providing a live stream of the match at a cost of £10. Full details HERE.

QPTV: Post match reaction from the manager and a player will be available shortly after the game with match highlights to follow on Wednesday morning.