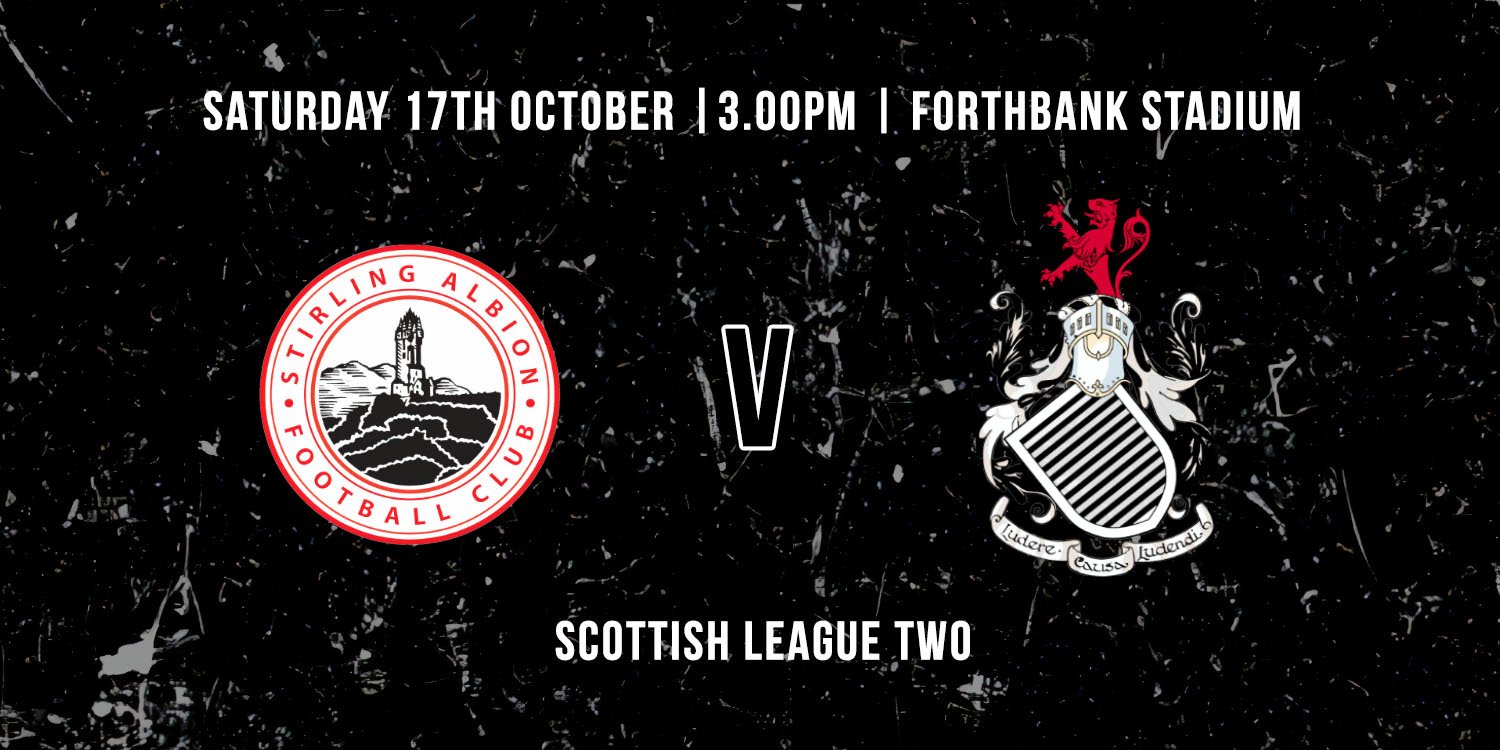 The Spiders get our League Two campaign underway this weekend making the short trip north to take on Stirling Albion at Forthbank. Ray McKinnon’s men will be looking to hit the ground running and start the season with three points against a Striling Albion side who have recruited well over the summer and who will have similar opening day ambitions.

Ahead of the match the club media team spoke to Ray McKinnon to get his views.

Looking ahead to the tie the gaffer said: “We are very much looking forward to getting the league season underway and it goes without saying that we want to start that with three points this weekend. We’ll need to be at it from the first whistle on Saturday and we know Stirling Albion will make things difficult for us.

“This will be a tough season for us but our ambitions clearly are to try and win the league and we will be giving it everything we have got, however there will be numerous other teams with the same ambitions.”

“From our perspective we can only focus on ourselves and how we want to play. We know that if we play to our potential we will give ourselves that chance of winning the game. That said, we do go into the game with the same pool of players we had available on Tuesday night at Cappielow as we continue the search to bring in the additional players that I feel will enhance the squad and ensure we have competition in every place. Craig Slater, who returned to training this week misses out through suspension, although the game would have come too soon for him anyway and as I mentioned earlier in the week, Simon Murray is still a couple of weeks away from being ready to come in. The last thing we want to do with either of those players is rush them back and risk a further setback.

The opposition: The Binos get their league campaign underway on the back of two defeats in the group stages of the Betfred Cup. Having lost their opener narrowly to Championship side Arbroath, they followed this up with a 2-0 defeat at Boroughbriggs last Saturday. Manager Kevin Rutkiewicz has recruit strongly over the summer including three former Spiders in that of Kieran Moore, Lewis Magee and Kurtis Roberts.

Live stream details: Stirling Albion will be providing a live stream of this match at a cost of £10. Details on how to purchase your stream are available on the Stirling Albion website https://www.stirlingalbionfc.co.uk/live-stream/

Facebook: Get the team news at 2.15pm followed by goal, half time and full-time score updates via our Facebook page.

Instagram: Get the team news at 2.15pm followed by goal, half time and full-time score updates via our Instagram.

QPTV: Post-match reaction from Ray McKinnon and a player immediately after the final whistle with match highlights to follow on Sunday morning.

Next match: versus Albion Rovers at Hampden on Saturday 24th October. Kick off 3.00pm.