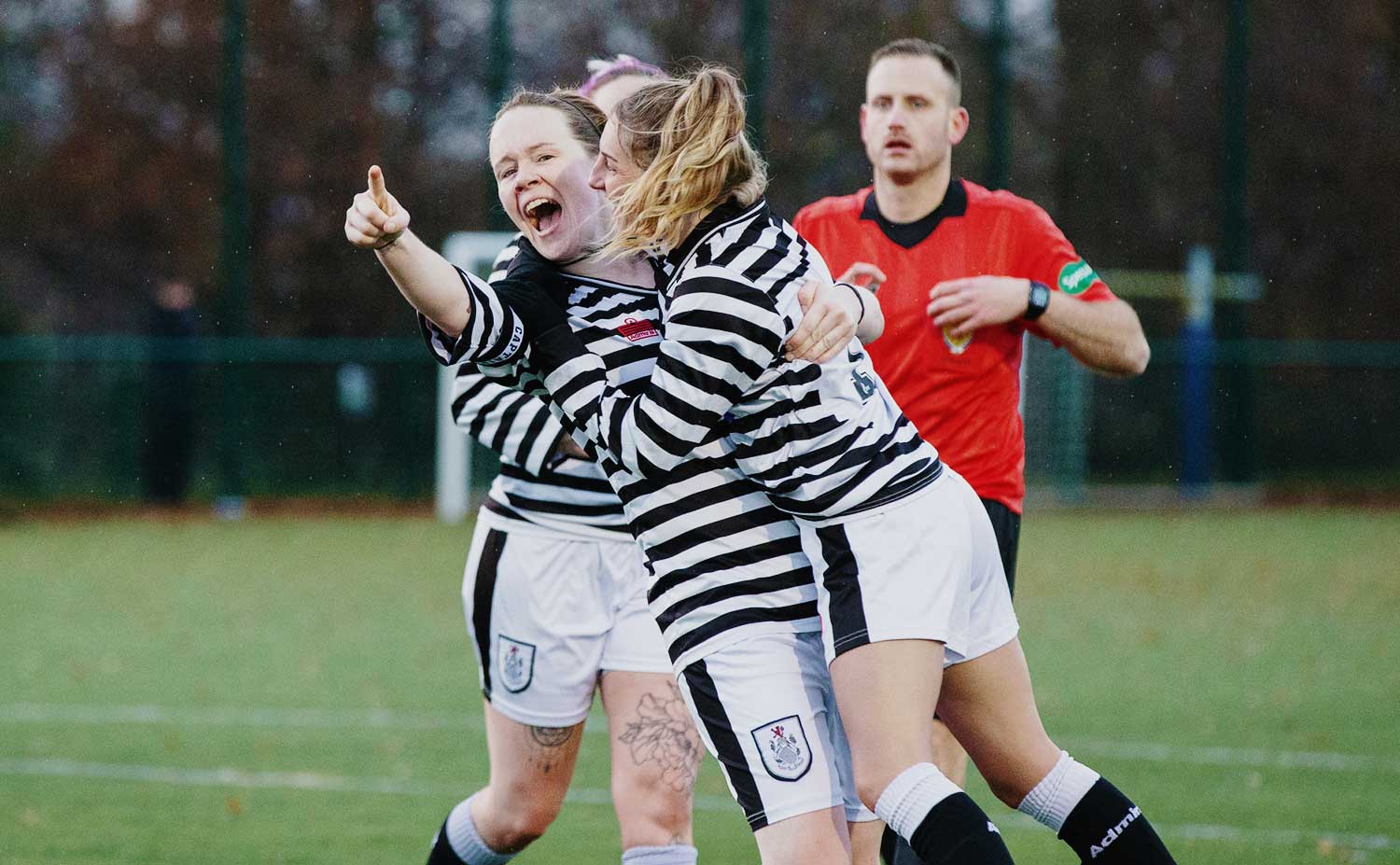 Queen’s Park came back twice from behind to secure a 3–3 away draw with Stirling University at the Gannochy Sports Centre on Sunday afternoon, thanks to goals from Helen McLeod (2) and Chloe Docherty (1).

Stirling University made a great start to the game, taking the lead after just two minutes through Lindsay Blues after some sloppy play by Queen’s Park. Lauren Kerr gradually began to get a foothold in midfield, playing some good passes out to Mhairi Fyfe and Sophie McGoldrick behind the Stirling defence. However, the Spiders conceded a second goal after eighteen minutes, when Shana MacPhail scored a header from a set-piece.

The first chance for Queen’s Park came in the 25th minute, when Louisa Boyes found herself through on goal, but her strike hit the post. The Spiders were starting to create chances, with Fyfe going close on a couple of occasions. Indeed, the last action of the half saw Chloe Docherty play a terrific through-ball to Fyfe but, after rounding the ‘keeper, she was unable to apply the finishing touch.

Queen’s Park made a sharp start to the second half and managed to pull a goal back in the 53rd minute, when a McGoldrick free-kick came off the crossbar and Helen McLeod was first to react. Less than ten minutes later, the teams were level: Docherty fired home from outside the box with a well-hit drive in the 62nd minute, a much-needed equaliser and her second goal of the season.

Emily Shearer was a constant threat with her set-piece deliveries, and she kept putting in dangerous crosses from the right-hand side throughout the game. A few minutes later, the Spiders were presented with a great chance to take the lead, when a McManus header narrowly missed the target following another set-piece from Shearer.

Queen’s Park kept pushing for a third; however, with just ten minutes left, slack play allowed Stirling to make it three, with MacPhail once again on the scoresheet. The game was far from over, though, and in the 89th minute McLeod got on the end of another cross from Shearer, and the match ended with the two sides sharing a point each.

“We’re disappointed not to take more from the match, but we will settle for a point on a day when we didn’t perform to our capabilities,” Head Coach Mark Kirk said after the game. “We look forward to getting back on the training pitch to prepare for next week’s tough match with St Johnstone”.

Queen’s Park are back in action on Sunday, 29th November against St Johnstone in the SWPL 2.