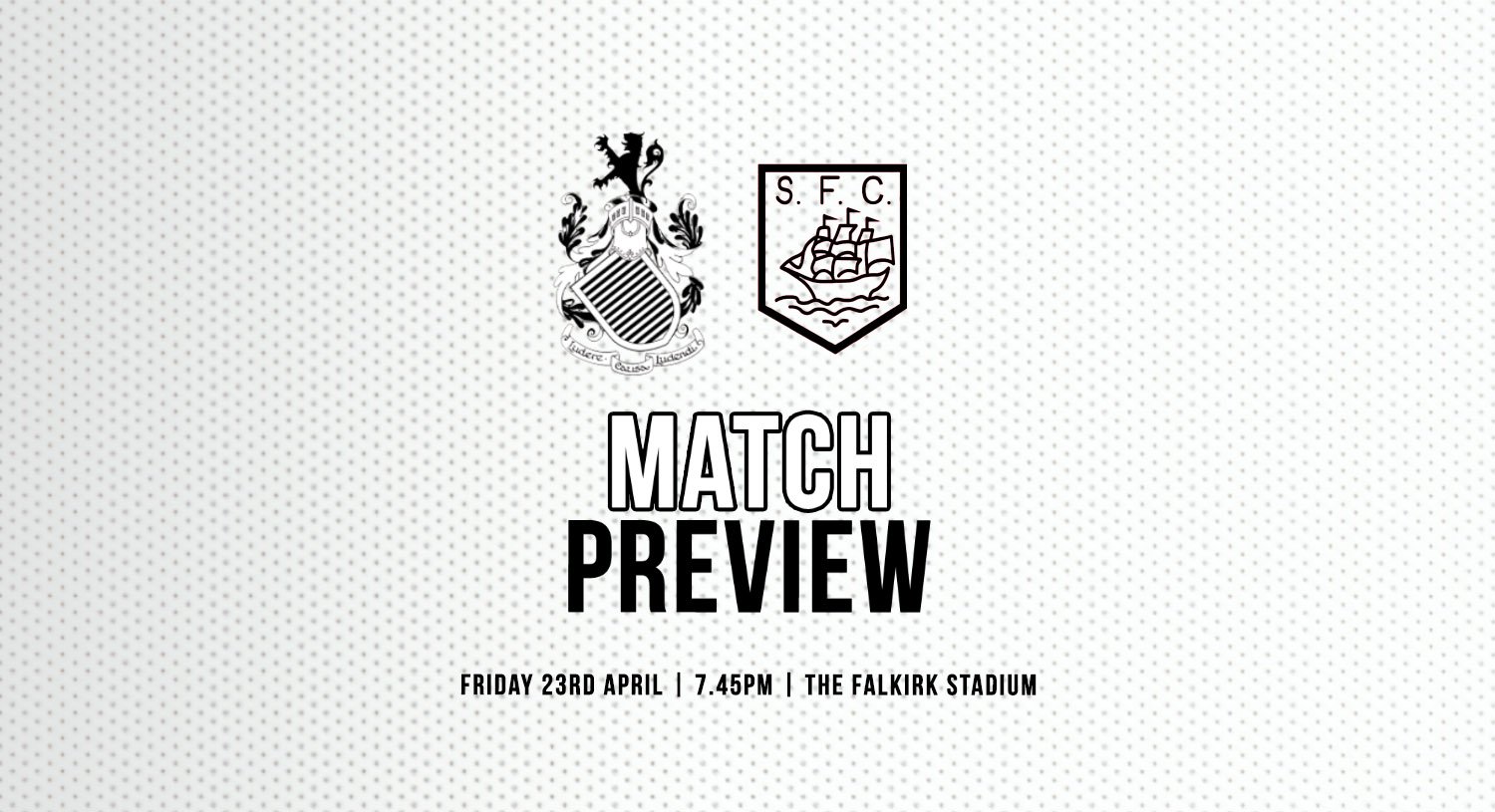 After the highs of Tuesday night’s title winning celebrations it’s a quick return to The Falkirk Stadium as the Spiders face up against Stranraer in our penultimate home fixture of the 2020/21 season tonight. Whilst Ray McKinnon’s squad have now got ‘over the line’, they will undoubtedly be determined to kick on and finish the season on a high with four games remaining, and ahead of the game that was a point that the gaffer was keen to stress.

Speaking to the club media team on Thursday night Ray said: “It’s now back to reality and it’s important that we look to finish the season as strongly as possible. To do that we will need to approach the final four matches in the exact same manner we have approached the rest of the season.”

“Yes, we got over the line on Tuesday night but I think we now owe it to ourselves, as well as every other team in the league to make sure we are going out to try and win every single game. We want to do that and the players, as professionals, want to make sure that this is absolutely their focus.”

“The players are determined to finish the season the way they started it and we know that the remaining games will continue to have that real competitive edge to them given that our opponents all still have something to play for.”

“We expect a very tough game against a strong Stranraer side who had a good victory away from home midweek. They’re obviously playing for a play-off spot and will undoubtedly look to make things as difficult as possible for us.”

“As I always say though, we just need to focus on ourselves and our approach to the game and if we can do that and reach the performance levels we have shown in previous games, we’ll give ourselves every chance of getting the win we want.”

On the squad front the gaffer confirmed that the injury picked up by Peter Grant during Tuesday night’s game will see the defender join Jai Quitongo and Craig Slater on the sidelines for the remainder of the season.

The opposition: The Blues currently sit fourth in the table, a point behind third placed Stirling Albion and four points behind second placed Edinburgh City. They go into the game on the back of a win away to Albion Rovers on Tuesday night where goals from James Hilton, just before the break, and ex Spider Joao Pereira Vitoria in the closing stages, sealed a 2-0 victory. With Elgin City just two points behind in fifth place, Stevie Farrell’s side will be determined to do whatever is necessary to maintain a play-off spot with just four games remaining.

Programme: You can read our digital match programme for the game HERE.

Live streaming: QPTV in conjunction QTV Sports and City of Glasgow College, will be providing a live stream of the match at a cost of £10. Live coverage will begin at 7.30pm, led by our commentary team of Craig Mackenzie and Keith McAllister. Information for members, season ticket holders and pay per view viewers van be found here https://queensparkfc.co.uk/qptv-live/

Facebook: Get the team news at 7.00pm followed by half time and full time score updates via our Facebook page.

Instagram: Get the team news at 7.00pm followed by live goal, half time and full-time score updates via our Instagram.

QPTV: Post match reaction from the manager and a player will be available shortly after the game with match highlights to follow on Saturday morning.