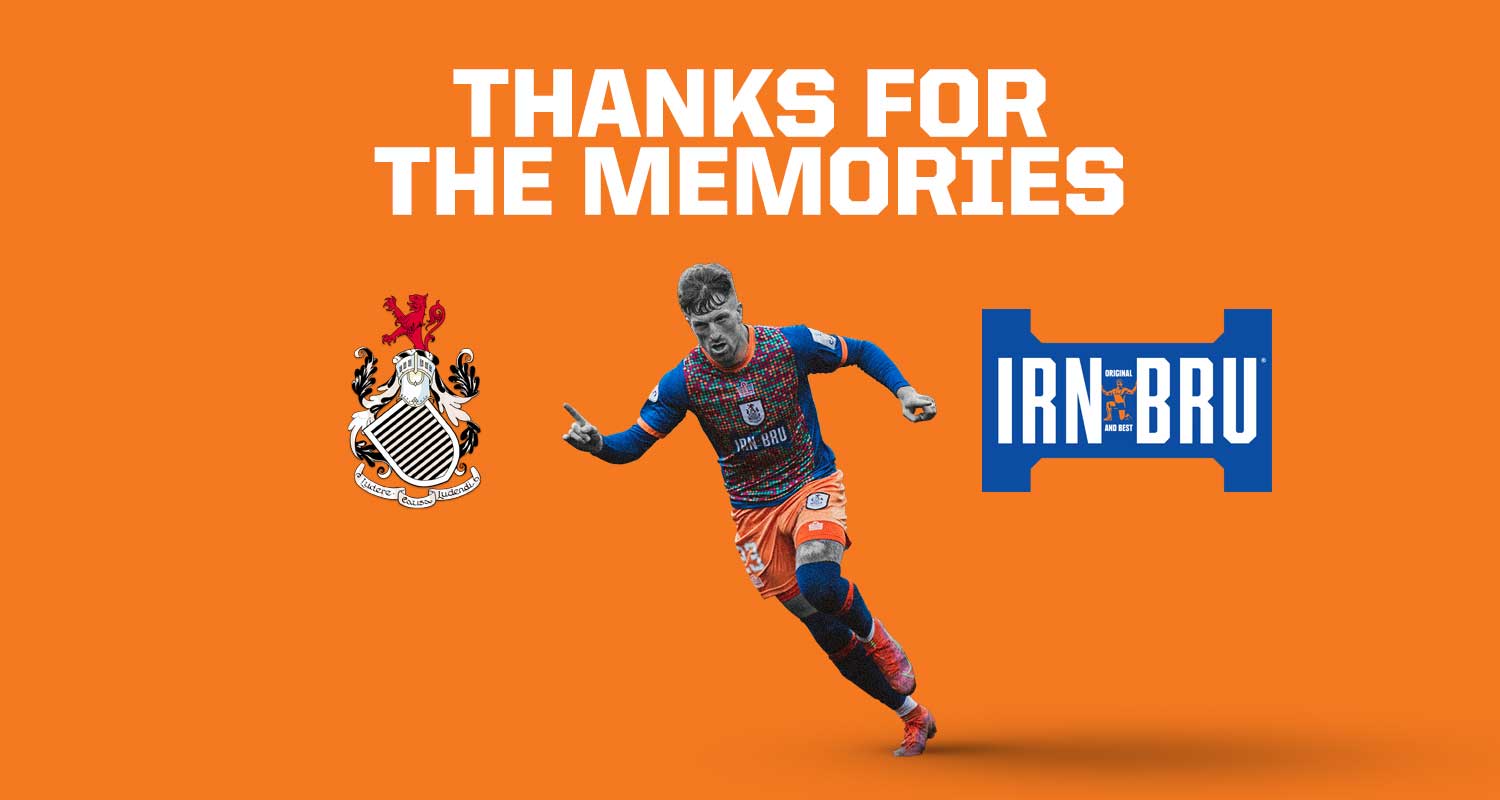 Thanks for the memories

As Queen’s Park FC approach the end of an era the club today paid tribute to long-standing shirt sponsor IRN-BRU.

The 25-year relationship with Scotland’s national soft drink has seen some iconic strips, including the iconic ‘Most Historic’ kit worn in the club’s successful play off finals.

The new front of shirt sponsor, which is a record-breaking deal for the club, will be announced shortly.

“The extensive Queen’s Park Youth Development programme and Community Coaching were also areas that A G Barr wished to support and so started a proactive and close relationship.

“Over the years we have worked on many joint initiatives including Festivals of Football, the reopening of Hampden and Club dinners which were all very successful.

“In recent years it was a pleasure to work with the IRN-BRU team on a totally new concept in a football top that reflected all the Club’s League results through the years and became our Away top. I would like to express our sincere gratitude for the continued support through good times and challenging times.”

Adrian Troy, Marketing Director, AG Barr commented: “We are proud to have been a sponsor and partner of one of Scotland’s most historic and respected clubs. It has been a phenomenal partnership and we would like to thank everyone at Queen’s Park FC for all their support over the past 25 years. We will continue to be Spiders fans and look forward to watching this very exciting next chapter for the club!”