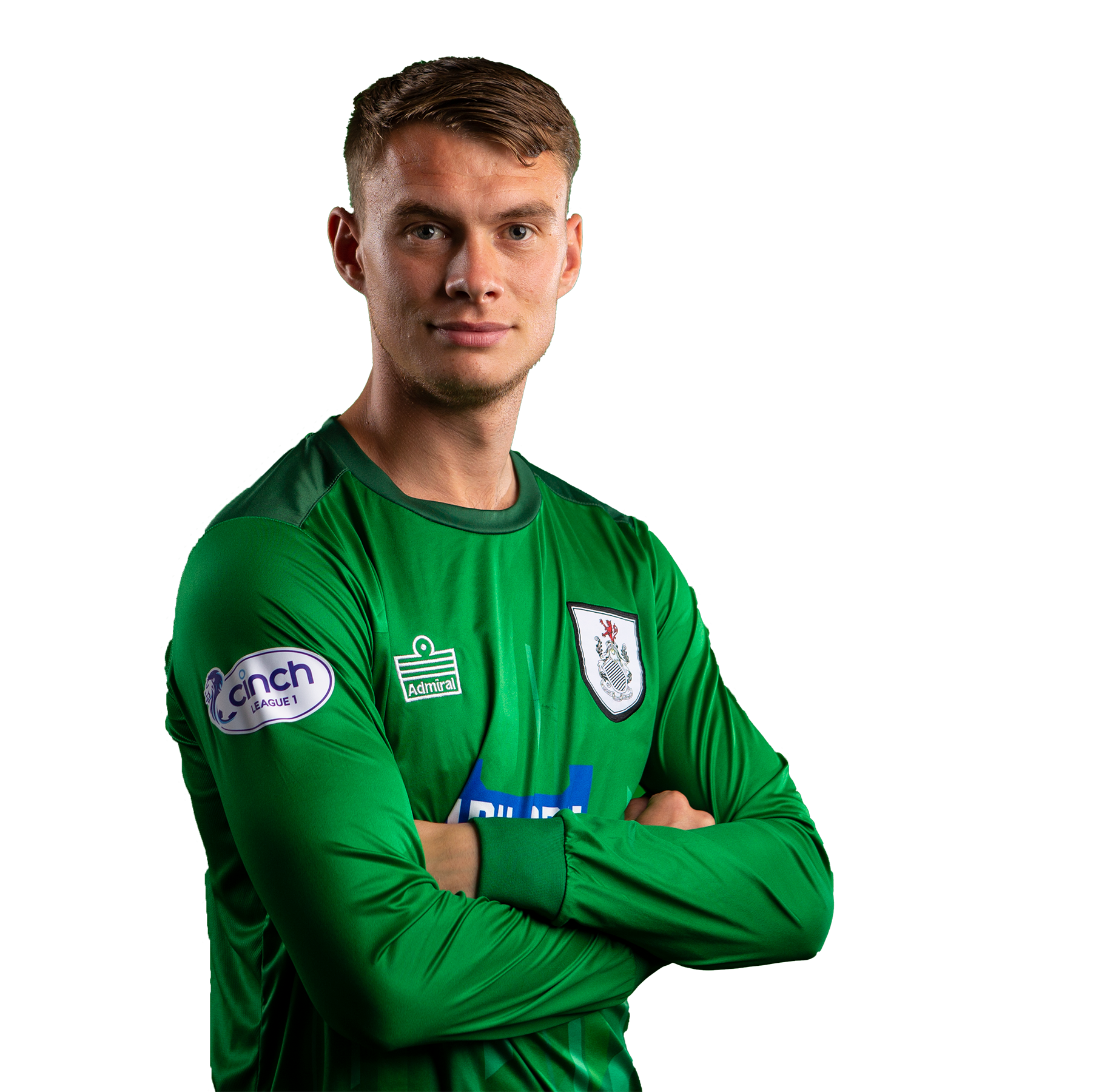 Willie started playing football as a centre half.  He joined Mill United in Hamilton aged 14.  He was signed by Aberdeen and played for the Dons for a season before being released.

Aberdeen again showed interest in Willie this time as a goalkeeper and signed him once again.

Aged 18 he got a full-time contract with Motherwell and spent 2 years at Fir Park.

After being released he spent 6 months with Celtic before signing with Ayr United where he spend the last season and  a half.

Willie moved to East Fife in June 2016 before returning to Queen’s Park in August 2016.

On Tuesday 20 April 2021 Willie Muir made his 200th appearance, in goal, for Queen’s Park. Willie is pictured above with his commerative top presented before the SPFL2 game against Stranraer on Friday 23 April 2021.