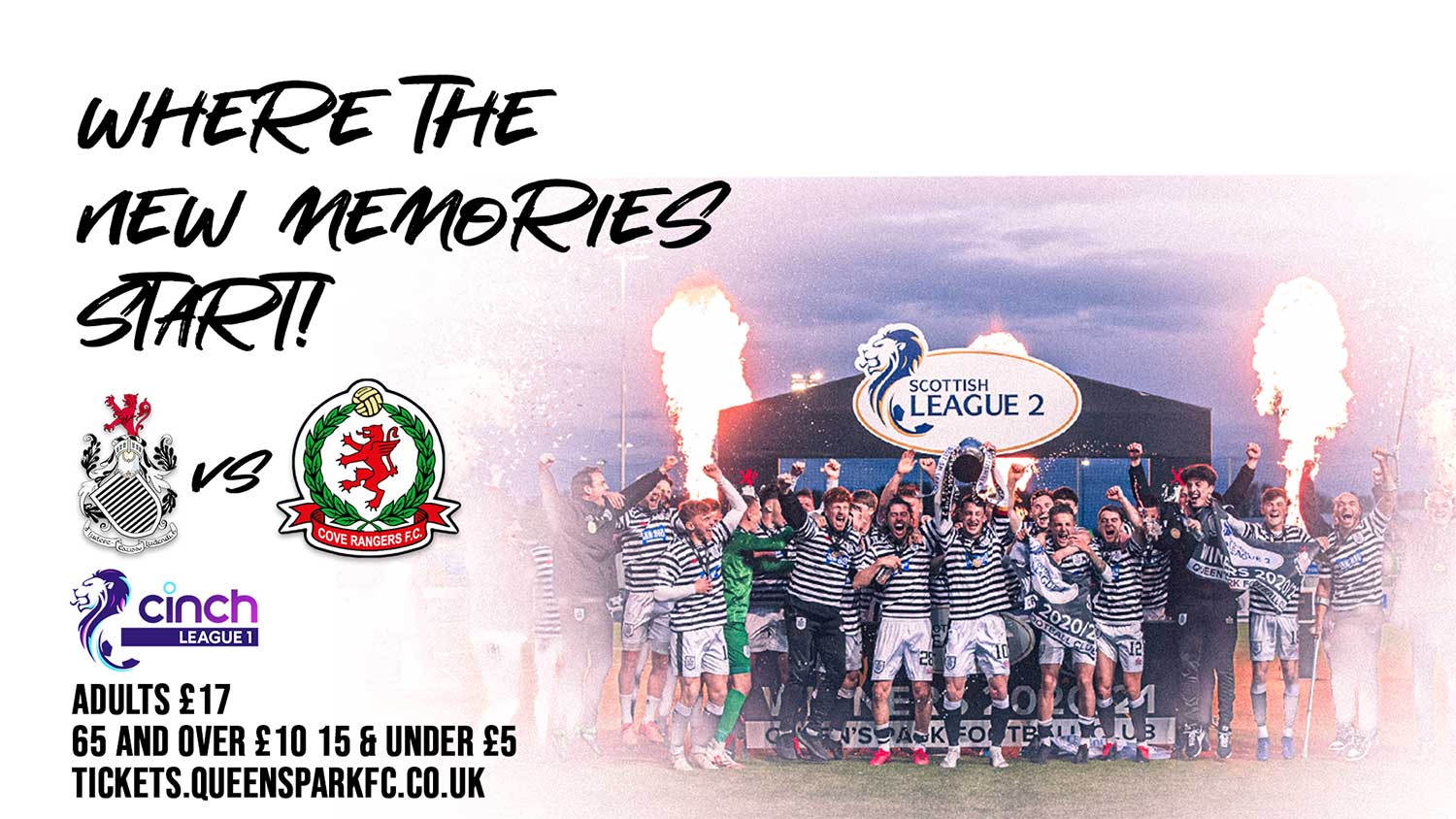 As part of our “Making New Memories” campaign, the club felt it was important to recognise the contribution our younger fans made to our success last year with their support from home.

5-year-old twins Chloe and Keira Stirling, who attend Mount Florida Primary, will be joined on the pitch by 9-year-old Thomas Hudson who attends Burnside Primary.

Jim Nicholson made 213 league appearances for the Spiders between 1975 – 1985. He scored 65 league goals, notably one against Cowdenbeath on the last game of the season at Central Park when Queen’s finished the season as Division 2 champions in May 1981. Jim has been a constant presence at the club since hanging up his boots, having served on the committee for more years than he would care to remember, including a spell as Club President between 1999 – 2001.

Peter Grant joined the Spiders in January last year and quickly settled in to marshal our defence as the League 2 title was secured. Unfortunately, he sustained an injury late in the season and was unable to join the squad when the trophy was lifted last April. Everyone at the club is delighted Peter can help with the flag ceremony this afternoon.

The ceremony will get underway at approximately 2.50 pm, so please take your seats in good time for this historic moment for the club.